Over the weekend, members of the Aibítir team arrived in Derry~Londonderry~Doire to hang Aibítir: The Irish Alphabet in Botanical Art exhibition at The Playhouse. The preparations and the opening of the exhibition coincide with the annual Apprentice Boys’ parades in the ancient walled city. In order that we can all get a flavour of the atmosphere, Colette Roberts and Oonagh Phillips are providing us with ‘despatches from Derry’: 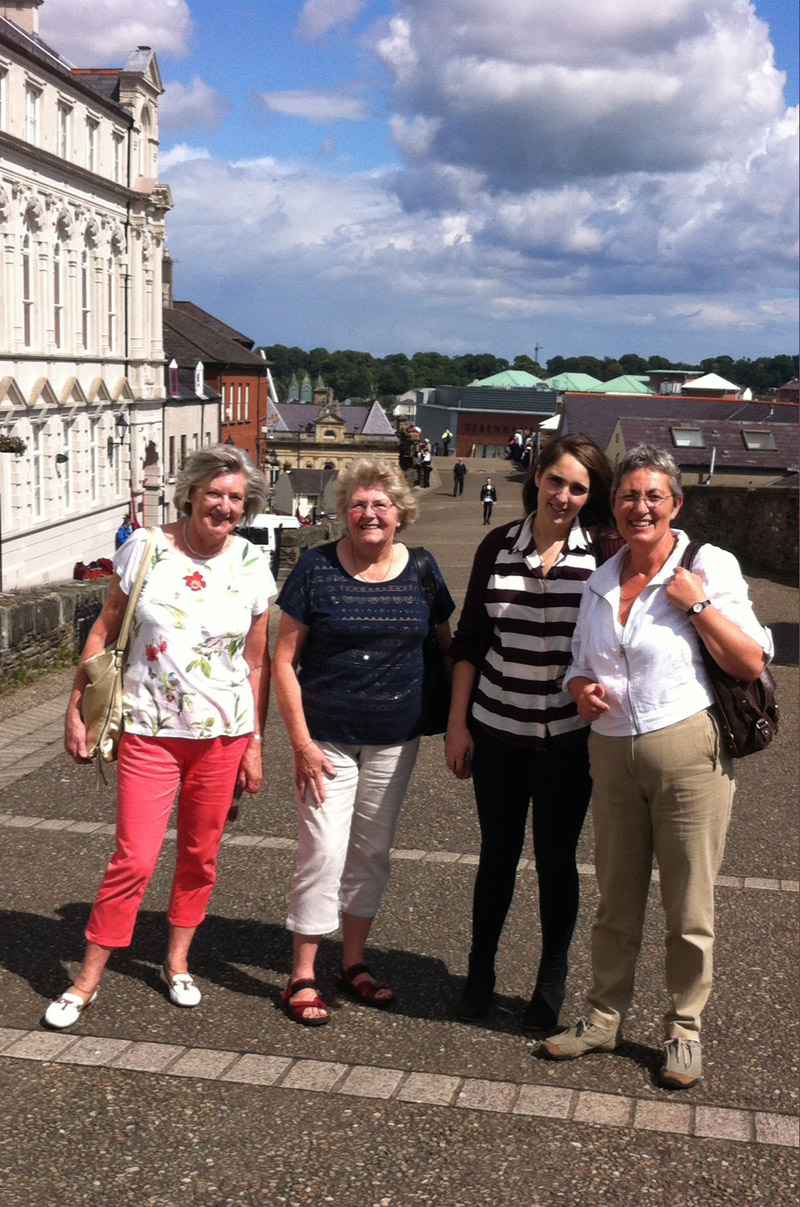 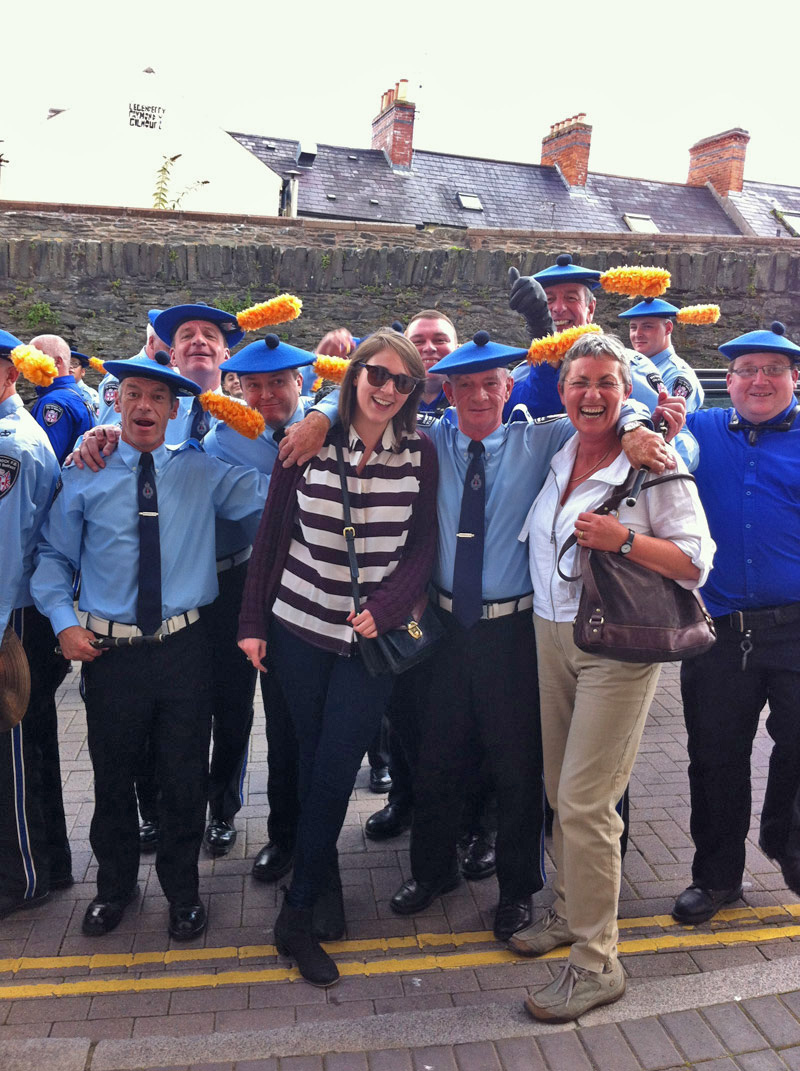 Liz Prendergast and her daughter, Megan, pose for a photo with some of the friendly Apprentice Boys

The Apprentice Boys march commenced just outside The Playhouse, as we worked inside.   The grey smoke of the dying embers of the previous night’s bonfire drifted over the ancient city walls in the direction of Artillery Street, the Lambeg drums pounding out their relentless annual message, and the boys marched past with ‘No surrender’ on their black tee shirts. The girls had never seen anything quite like it before, and we have a great photograph to prove it, all good fun. There was no trouble and although celebrations went on into the night it didn’t affect us in any way.

The exhibition looks great, I took photographs of the work in progress, and the completed display.  In the main entrance area we hung the alphabet starting with Liz Prendergast’s Aiteann gallda (gorse), and in the main room, which looks great, the other two alphabets were hung, starting with two ‘As’ one top and bottom with about two inches between each painting, name ID to the side and about 4 inches from the base. Each painting was cleaned and checked to make sure they were all at same height and spacing, and that we had the correct artist’s name on each.

The ‘five extras’ were hung, three top and two bottom on a separate wall, and also look good. All the signage was hung on the wall to the back of the sales table, with pride of place going to the huge information poster with the photo of Wendy Walsh and Raymond Piper. We are ready for the preview on Monday.  Many, many thanks to Liz Prendergast and her daughter, Megan, for the professional way in which they hung the paintings.

Photographs will be taken again once we set up this afternoon (Monday), and Oonagh has arranged a photographer for the evening. Publicity is good  (thank you Betty Christie), and Oonagh did an interview on Radio Foyle about the ‘Aibitir’ exhibition last Friday. Much appreciation also goes to Keith at The Playhouse, who was tremendous help, and provided us with storage for all our bits and pieces.

Everyone worked hard and it took us every minute from 10am to 4pm to set up, though we did have an hour for lunch.  The weather was glorious, the B&B good, and we had a hilarious meal later that evening. 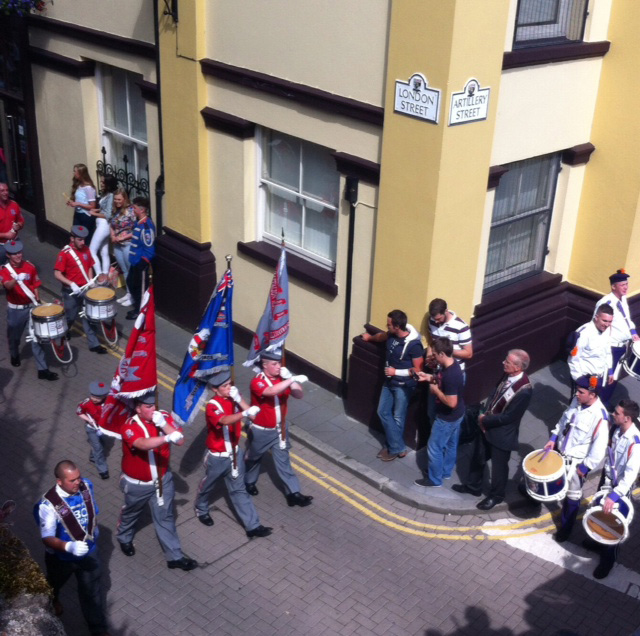 The Apprentice Boys’ parade near The Playhouse

Watch this space for more news about the exhibition, and if you happen to be in the Derry~Londonderry~Doire area between the 11 and 24 August, do drop by The Playhouse and view this wonderful visual celebration of Ireland’s native language and some of our indigenous plant species.