Illustrations in this article paintings are reproduced from Curtis’s Botanical Magazine vol. 32, part 1 (2015). We are most grateful for being allowed to include them. Copies of the magazine are available, from Kew publishing, RBG Kew, Richmond,  Surrey TW9 3AE (price £15).

The European Orchid Conference is held every three years in various European cities and in London in April 2015. To coincide with the event, the current part of Curtis’s Botanical Magazine (Vol. 32 (1)), the longest running botanical magazine, highlights British and Irish native orchids. 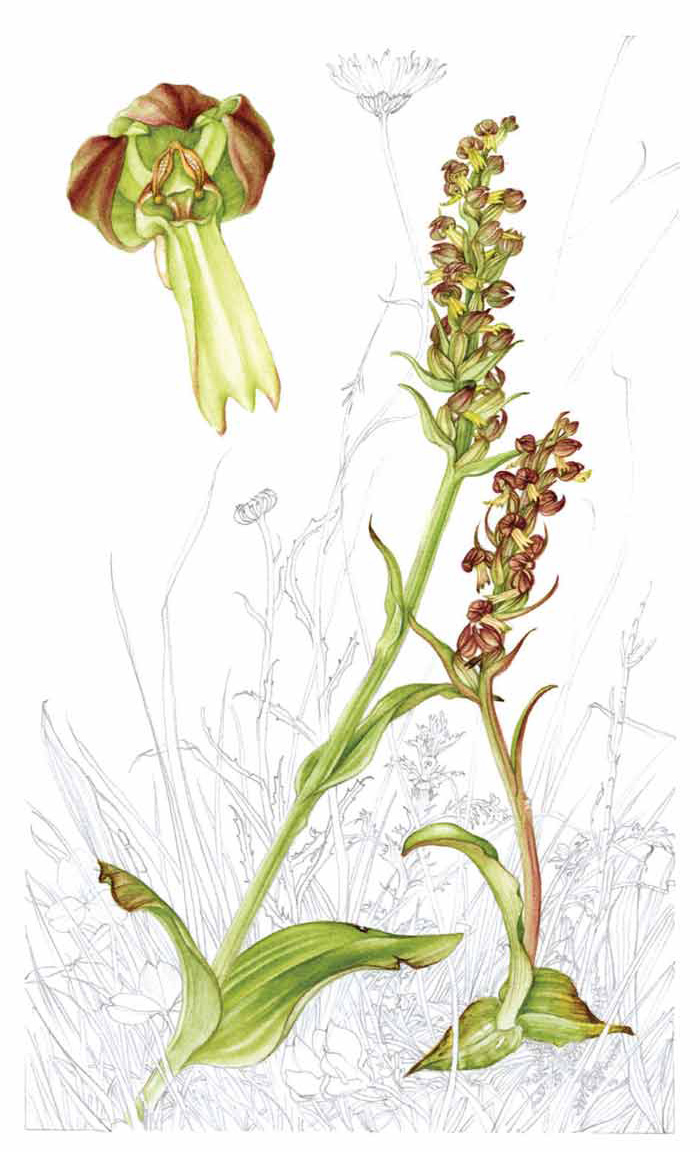 Curtis’s Botanical Magazine provides an international forum of particular interest to botanists and horticulturists, plant ecologists and those with a special interest in botanical illustration. 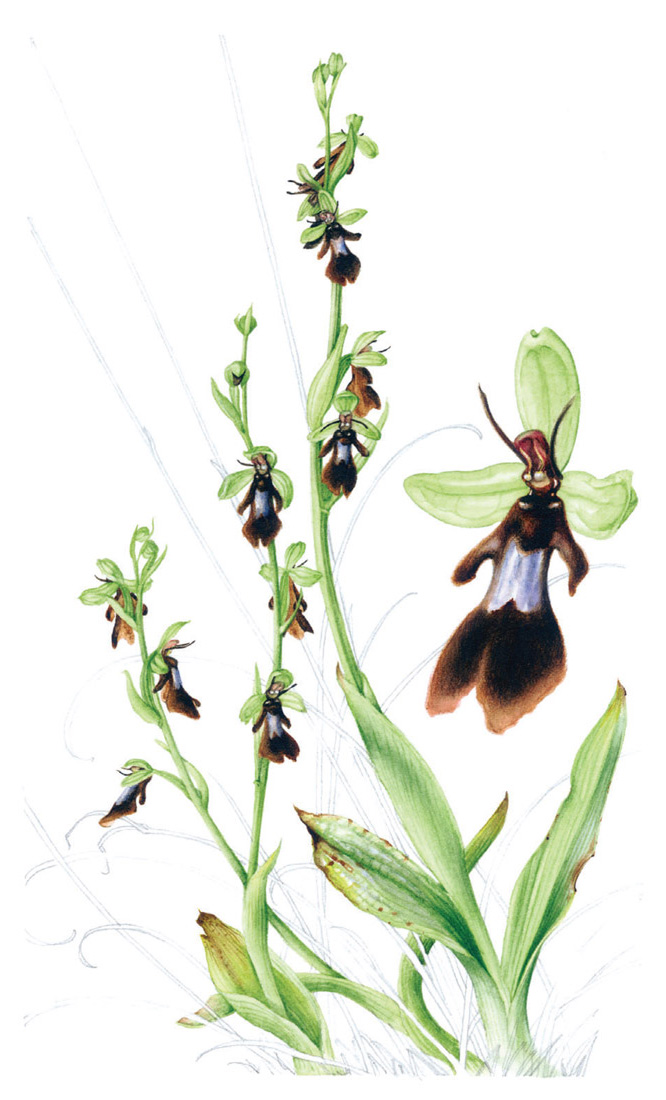 The seven orchids depicted in part 1 of the 2015 Volume are Cypripedium calceolus (lady’s slipper), Dactylorhiza viridis (frog orchid), Ophrys fuciflora (late spider orchid), Ophrys insectifera (fly orchid), Orchid anthropophora (man orchid), Orchis purpurea (lady orchid) and Cephalanthera rubra (red helleborine). The late spider and lady orchids have been painted by Gillian Barlow, the lady’s slipper by Christabel King, both regular contributors to the periodical. The red helleborine is an historical watercolour painted by David Mason in the 1950’s, reproduced due to the 2014 subjects being destroyed by a thunderstorm!

For regular ISBA blog readers the names of the other two artists will be familiar. Susan Sex has been painting Irish orchids for more than two decades and her illustrations delight in both the large format, out of print Ireland’s Wild Orchids and Ireland’s Wild Orchids – a field guide. The former was the first publication to deal exclusively with native Irish orchids and the latter, the first exclusive field guide to the Irish orchid family. While Susan paints portraits of plants from many families, orchids seem to have a slight hold on her heart. Her contribution to the Magazine are the fly and frog orchids painted from native Irish specimens. 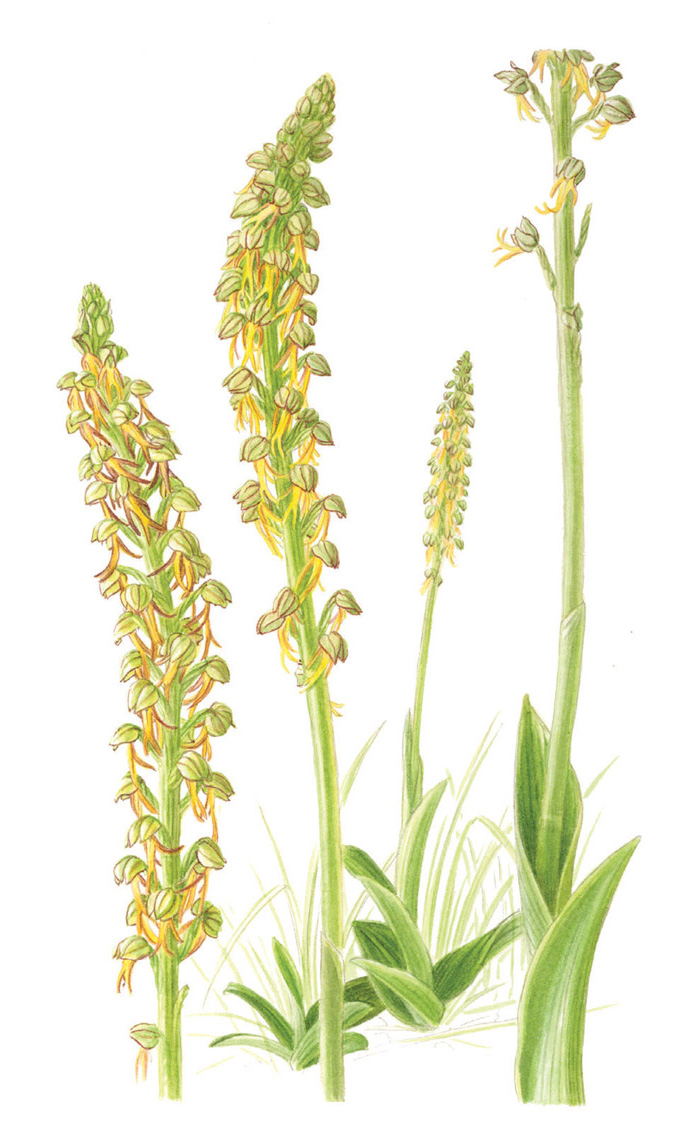 The same concentration on orchids must be said for Deborah Lambkin who hails from close to where Susan lives in Co. Dublin. Now a Londoner, Deborah is the official artist of the Royal Horticultural Society’s Orchid Committee. Each and every awarded plant must be depicted for their reference library of orchid portraits. She painted the man orchid for the current issue of Curtis’s Botanical Magazine of which she is a regular contributor.

The Irish Society of Botanical Artists are delighted to congratulate Susan and Deborah on their depictions in Curtis’s Botanical Magazine and also give them thanks for their continued efforts in supporting and promoting Irish botanical art both at home and abroad.

Please note that the images in this article may not be reproduced, electronically, in print, or by any other means without the written permission of the copyright holders.