We’re holding an Open Day in the Visitor Centre at the National Botanic Gardens on Saturday 4 February from 11.00am until 4.00pm. We hope that this will be an opportunity for the general public, as well as some of our newer members to learn more about who we are and what we do. 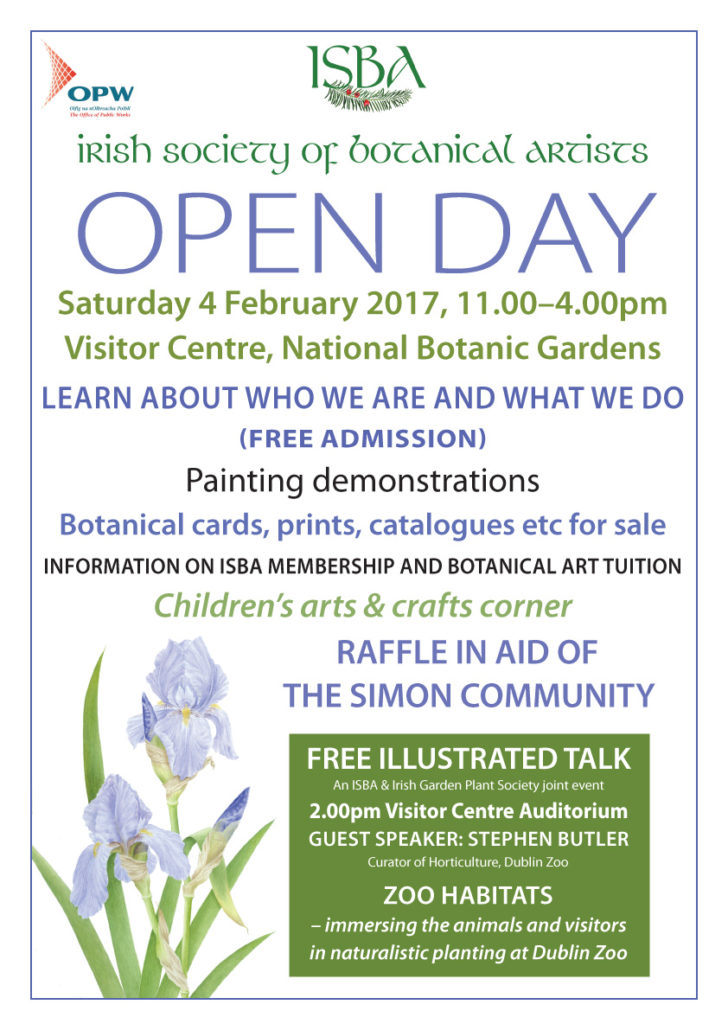 Formed in March 2014, the ISBA has already had two major exhibitions at the Botanic Gardens. The first–Aibítir: The Irish Alphabet in Botanical Art–took place in May 2014 and featured native Irish plants in combination with the 18 letters of the Irish alphabet. In 2015 we launched our second project: Heritage Irish Plants – Plandaí Oidhreachta. This was a joint project with the Irish Garden Plant Society, featuring some of Ireland’s heritage garden plants. An exhibition of the paintings was held in November 2016, at which a book based on the project was launched. 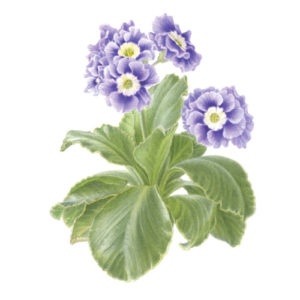 We invite you to come along on 4th February and to discover more about our vibrant group of artists and the exciting projects in which we are involved. We offer an annual ‘friend’ membership for those who love botanical art and would like to learn more about it for just €25 a year, which includes a yearly programme of events, many of which are free or very reasonably priced, as well as an annual publication. Full membership is available to artists of all experience levels for just €50 per year.